Michelangelo by Gulzar Summary and Explanation

Michelangelo short story by Gulzar was originally written in Hindi and later translated in English. Michelangelo is a well known artist, painter, sculptor of the Renaissance period who lived during the 15th century. His famous frescoes include the ceiling of the Sistine Chapel and the Last Judgement on the altar. The writer Gulzar is a famous Indian story writer, poet and lyricist. Gulzar is his pen name and his name is Sampooran Singh Kalra.

Michelangelo had been trying to finish his fresco ‘The Last Judgement’ for the last four years. Michelangelo needed new faces for his paintings and sculptures. Although the fresco was getting delayed, Pope Julius was convinced that he had made the right choice in Michelangelo to paint the ceiling and altar. This was because Michelangelo’s art had unique faces unlike other artists who boasted about painting faces from imagination yet whose characters seemed to come from the same family. However, this was also the problem. The problem was that Michelangelo did not rely on imagination to arrive at the face of his sculpture or painting. He looked for people who fit the information or inspiration. He used to read the Bible for hours to imagine the faces of his characters. The Last Judgement was almost finished, but Michelangelo was looking for a face for Judas and since he could not find what he was looking for, he was getting frustrated.

To give an example of how Michelangelo came up with models for his art, the story goes back to his past in the city of Bologna when he used to go with his father to a restaurant which his father used to visit frequently. He would buy peanuts and sit outside on the bench watching people passing by while his father went inside the restaurant. A poor small naked boy used to stand around near the peanut vendor to pick up fallen peanuts. This little naked boy became inspiration for Michelangelo to make baby Jesus when he sculpted Madonna of Bruges. He was inspired by his own mother for the portrait of Mary on the altar of the Sistine Chapel. Another example is of a man who Michelangelo thought would make an excellent Jesus, but unfortnately for Michelangelo he was dead. With the help of the Pope Michelangelo manages to delay the man’s burial so that he could make his sketches.

Michelangelo ultimately finds his Judas in a small dark restaurant. Michelangelo recognised him immediately because he had the face he was looking for. A person with beady eyes, restless and trying to con people to get some food and money. Michelangelo convinces this person to model for him and takes him to the sistine chapel. Here he explains to the person that he would use his face for Judas, but this would make him immortal. The man agrees for a price and starts to come to Michelangelo so that the artist will be able to make the sketches. During one such visit he finds the sketches of the small naked boy from Bologna and asks Michelangelo about him. Michelangelo told him about the boy. Upon enquiring the name Michelangelo told him that the name of the boy was Marsolini. The beady eyed man opens his sleeve to reveal a tattoo on which the name Marsolini is written. He claims he is the same boy in the sketches who Michelangelo had used for baby Jesus and the iron is that today as a grown up he is a model for Judas.

Want to know about Michelangelo? Here are some suggestions from Amazon.

Irony in Michelangelo by Gulzar

The irony in the story is that Michelangelo finds a child so innocent and beautiful that he decides to give baby Jesus that child’s face in his sculpture. Years later he finds the same child, now grown up. He doesn’t recognise him, but he believes this guy to be a fraud and untrustworthy. He decides to use this person’s face for Judas, a person who was responsible for the capture of Jesus and ultimately his death. Michelangelo who claims to find the faces of the characters he paints and sculpts in real life chooses the same person for Jesus and the man responsible for Jesus’ death.

Michelangelo by Gulzar is a fictitious short story by famous Bollywood lyricist and poet Gulzar whose real name is Sampooran Singh Kalra.

Sampooran Singh Kalra AKA Gulzar: Here are some more books by him on Amazon India.

Michelangelo by Gulzar questions and answers

a. Rome had begun to bore Michelangelo because he couldn’t find faces he was looking for. For him all faces looked alike and the city did not have character

b. Michelangelo had found Mary with ease when he saw his mother carrying two pots of water strung from a bamboo stick on her shoulder.

c. Michelangelo had refused to paint the frescoes for the Sistine Chapel because he was a sculptor and not a painter. Colours according to him merged into one another and lose their identity unlike marble.

d. Michelangelo found ‘his Judas’ in a small dingy eatery in Rome.

e. Michelangelo was taken aback when ‘his Judas’ turned out to be the same person who Michelangelo had used to make baby Jesus.

2. ‘I don’t want any unpleasantness at this stage.’

a. Whose opinion was this?

Ans: This was the pope Julius’ opinion

b. What problem was he thinking of?

Ans: Michelangelo was a Moody unpredictable person. However, he had done so much work at the Sistine Chapel already and upsetting Michel could lead to his leaving the work unfinished.

c. What was the work that is being referred to here?

Ans: The work referred to here is the painting of the Sistine Chapel

a. Where was Michelangelo sitting?

Ans: Michel Angelo was sitting outside am eatery.

b. What was the sight that fascinated Michelangelo?

Ans: He saw an urchin running to pick up peanuts everytime the vendor dropped some while weighing. He popped one in his mouth and returned the rest to the vendor.

c. What influence did the sight have on Michelangelo?

Ans: Michelangelo drew sketches of the little boy and used those sketches to make little Jesus when he carved the Madonna of Bruges.

4. ‘Why do you love stone so much? Why not canvas and colours?’

a. Who spoke these lines?

b. What was Michelangelo’s response to the questions given above?

Ans: Michelangelo believed marble retained its identity even after being carved and colours merged and lost their identity in canvas .

c. Where exactly did Michelangelo’s genius fail him?

Ans: Michelangelo could not conceive the face of Judas.

5. What work had Michelangelo been assigned by the Pope?

Ans: Michelangelo had been assigned the painting of frescoes for the Sistine chapel.

6. Why did Pope Julius prefer Michelangelo to Bramante?

Ans: Pope Julius preferred Michelangelo because he thought the faces that Bramante painted looked as though they were all alike.

8. What, according to you, is the central idea of the story?

9. Marsolini had gone from being the radiant child whose face Michelangelo had given to Baby Jesus, to the beady-eyed man fit to be painted as Judas. What do you think could have been the circumstances that had caused this change in him?

10. Extended Writing: Do you think Michelangelo was a genius? Use examples from the text to support your answer. 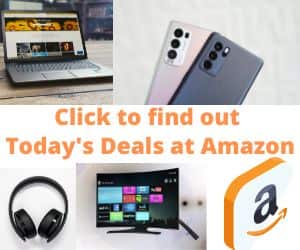