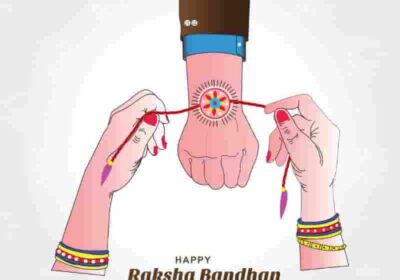 Festivals are always exciting and fun. They bring a sense of togetherness. In India, a land of festivals, every festival brings a new shade to life. Indian culture reflects the colors of celebrations with a specific set of customs. Among the many festivals that are celebrated in India, one of the main festivals is Raksha Bandhan. It reflects the sacred bond of brother and sister relationship. Indians celebrate it with complete enthusiasm.

Regions that celebrate Raksha Bandhan and the muhurat

Raksha Bandhan prominently belongs to north and western regions of the country, but it is celebrated throughout the nation with the same liveliness. Regional celebration may differ from place to place, but the customs are identical. Raksha Bandhan falls on the full moon day of holy Shravan month of the Hindu Lunar calendar. In South India, it is recognized as Avani Avattam, whereas in North and Central India, it is known as Kajari Purnima.

There are multiple legends and fanciful stories behind the introduction of this celebration. These fables show the evidence of the festive being observed from ancient period. One among such fables is relevant to Mahabharata Period when Draupadi tied up a rag of her stole on a bleeding wound on Shri Krishna’s finger. Shri Krishna promised to protect her. He kept his promise every time she sought his protection. The oldest story is about Lord Indra’s wife Sachi. Lord Krishna gave her a cotton bracelet to protect Indra during a war between god’s and demons. Although this was between husband and wife the tying of the thread for protection is a common theme. Another famous story is about Yama and his sister Yamuna who tied a rakhi to her brother when he visited her after 12 years. He blessed her with immortality.

Raksha Bandhan – a lesson in history

There are historical shreds of evidence to show the prominence of the sacred bond and affection. One such tale belongs to Queen Karnavati of Chittor, who sent Rakhi to Emperor Humayun to protect her and her associates’ honor from Bahadur Shah. Humayun rushed to help her, unfortunately, he was late, and the queen, along with her associates, had performed Jouhar.

The occasion of Raksha Bandhan

Festival is a single day occasion, but the celebration and enjoyment initiate the preparation of the event that begins weeks before its arrival. Glaze of the market with a flood of festive related products. Provisional store for Rakhis and handkerchief promises to provide a large variety of trendy and modern designer rachis. Illuminating garments, jewelry and accessories shops, and the aroma of delicious dumplings and sweets from the kitchen fill the surrounding with pleasure and thrill.

The traditional day on Raksha Bandhan

Early morning brothers and sisters wake up and get ready wearing a new traditional outfit that reflects Indian culture. Sisters worship deities and prepare a decorated pooja thali that includes Haldi, Roli, Akshat, coconut, and aarti-deep and Rakhi- the holy thread made up of silk threads. Sister spot tilak on brother’s forehead rotate the aarti thali around his face, tie the Rakhi on his wrist, offer sweets to him, and pray for her brother’s well being, prosperity and success. On the other hand, the brother touches the sister’s feet and offers her gift. She also pledges to protect her from all evils. Getting the present is the most exciting part of this day.

Those brothers and sisters, who are staying away at distant places, share the Rakhi and gift through postal services and couriers. Technology plays a significant role; they visualize and converse with each other over video calls.

Raksha Bandhan is celebrated by Indians to remember the bonds of sister and brother. It is an important festival for sisters who wait for this festival throughout the year. On this day the sister ties a rakhi or a thread on her brother’s hand and in return the brother showers her with gifts and promises to protect her. At this time we see beautiful and colourful Rakhis in the market. Many girls who do not have brothers tie rakhis to friends who they love as brothers.

My brother is my strength and my guiding light. I will always love you my brother. Happy Raksha Bandhan.

This feeble thread is a testimony of our strong bond. I have made my brother my protector by tying this rakhi.

This thread is a reminder of my sister for as long as I live. Despite all the mischief we have done together and all the fights we have had you will always be my beloved sister.

We may have grown old but this rakhi keeps our bond fresh and alive.

Raksha Bandhan has special significance for brother and sister. This festival is celebrated not only by ordinary people. The legends prove that it is marked by God and Goddess to reflect the significance of this festival.