A, An are two indefinite articles. A is used before a noun starting with a consonant and ‘an’ is used when the noun starts with a vowel.

For example: I have a cat.

I will say this only when I want to tell some one that I have a cat. However, it is also worth noticing that I will tell this to the person who doesn’t know this fact.

An apple. An umbrella. An ice cube. An elephant. An Orange. An antelope. 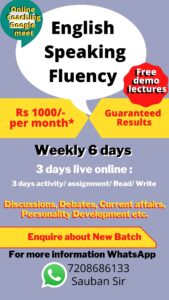